These are all Adobe files, so you'll probably prefer to "Right Click and Save As..." rather than just click them open in the browser.

Serenity: The Terrifying Space Monkeys Trilogy
Are your players becoming too compacent? Too confident? Reavers no longer terrify them? Feel there's nothing the 'verse can throw at them that they can't handle? Just wait until they get a load of these little guys...

The Deadman Gang
A nice little adventure intended as a filler for any Serenity campaign. Here our heroes come up against a small group of bandits wearing newtech zombie masks. Naturally they fall before the prowess of our PC heroes in the second act...but of course, that's just the beginning. The bandit leader comes to town in the guise of a friendly bible salesman to make our heroes' lives messy.
Wild Logic
Form and function collide, art imitates psychosis and chaos abounds when our characters go after the modern Picasso of robotics technology. Corporate head hunters, illegal miners, bank robbers, wannabe pirates and some utterly bizarre robot creations all try to hinder our heroes from completing their job. Have your players got the grit to take on...Hugh Shoemacher?

Serenity: The Handsome Ranch Adventure Path
An adventure path for the Serenity role playing game using the Battlestar Galactica version of the Cortex system. This section will host approximately 26 adventures when it's done and I'll be posting short briefs of our gaming sessions in this campaign as we go along so you can see the play-testing first hand.
The campaign's main goal is to present an adventure path that can take Greenhorn/Recruit level characters to roughly Veteran level by the end. If you plan to use this campaign for your own game be warned that it's geared first and foremost for my group, so it might not fit your expectations. As always, feel free to fold, spindle and mutilate it to your liking.

The following are Adobe files. You'll probably want to "Right-click and Save As..." rather than simply click on them. 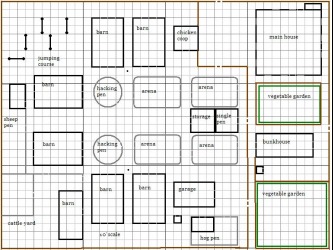 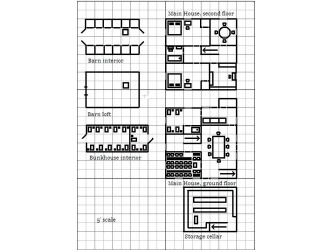